10 Best Sour Cream Substitutes That Will Surprise You

What goes great with baked potatoes? Sour cream. How about tacos? Sour cream. Or a tasty, creamy dip? You guessed it: sour cream. Sour cream is one of the most delicious toppings on the market.

This usually has to do with how versatile it is. Not only can it be paired with crispy bacon bits, shredded cheese, and chives, but it can also be used as the main ingredient in countless recipes such as soups, healthy salad, pasta sauces, cheesecake, and much, much more. 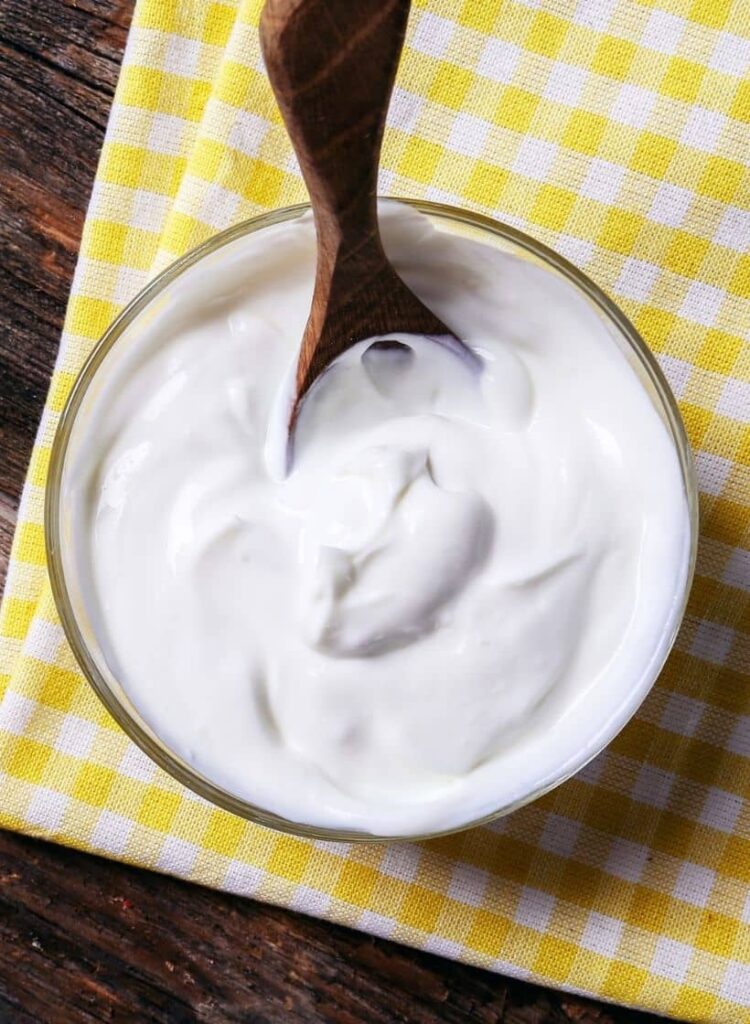 The only thing is that not everyone has sour cream tucked away in their cabinet when they need it.

As such, a sour cream substitute is necessary. Believe it or not, you can substitute a lot of different items for sour cream – many of which may genuinely surprise you.

Between buttermilk, yogurt, and tasty cream cheese, there are many options available to you if you need to swap sour cream out for another ingredient.

This applies to vegan recipes, too! That’s why we’ve wrangled up a list of the best substitutes for sour cream below:

Reasons You May Need a Sour Cream Substitute

The biggest reason you may need a sour cream substitute is that you don’t have the ingredient handy. Or, in some cases, your local grocery store is out of it.

However, another common reason you may need a sour cream substitute is that you or someone you’re cooking for is lactose intolerant or following a vegan lifestyle.

Sour cream is a dairy product made from fermented cream. It has lactic acid bacteria, which gives it its distinct taste.

However, some people may not like the taste of sour cream because of this. If you fall into one of these categories, knowing what you can substitute for sour cream.

If you need a sour cream replacement, you’re in luck because there just so happens to be a slew of options available to you.

Unlike other ingredients that can only be swapped out for one or two things, sour cream has at least 10 unique and delicious alternatives that won’t dramatically alter the taste of your meal.

These are the 10 best sour cream substitutes: 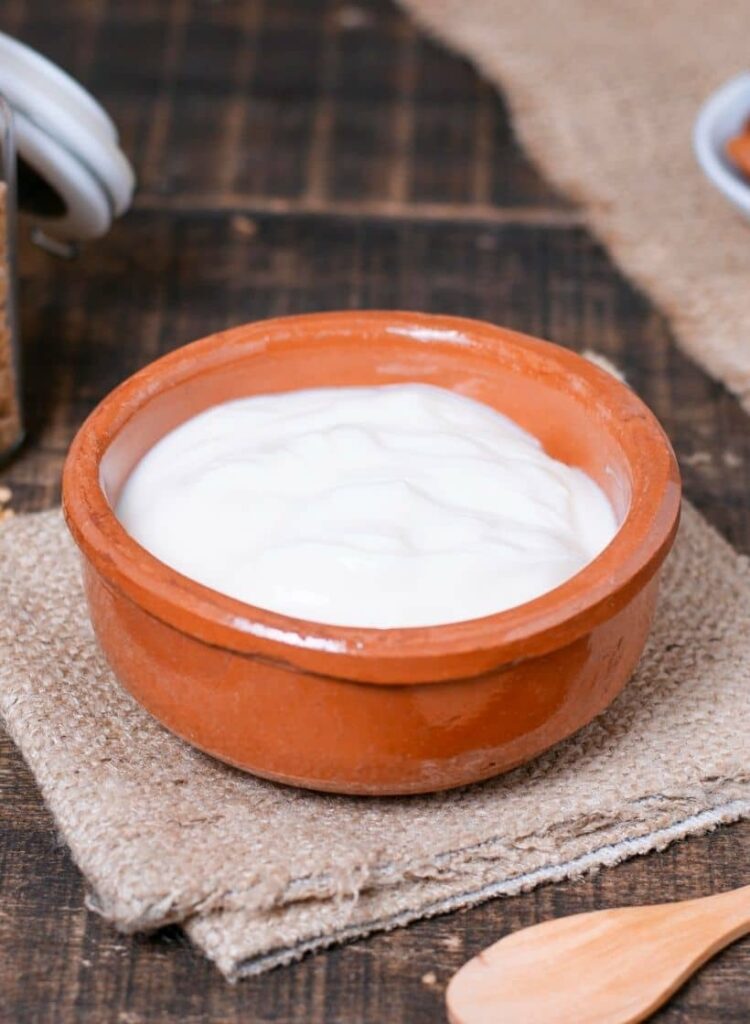 This is one of the most common sour cream substitutes since it has a similar texture and consistency.

If you are using yogurt as a sour cream alternative, be sure to use plain Greek yogurt. You don’t want to accidentally add something fruity flavored when using Greek yogurt substitute for sour cream.

While buttermilk doesn’t have the same consistency as sour cream, it has a similar acidic flavor to it, which mimics the flavor of sour cream. Use ¾ cup of buttermilk for every one cup of sour cream to get the perfect flavor.

Because of its texture, cream cheese is another great alternative to sour cream. However, because it’s a lot thicker than sour cream, you should only use 6 ounces of cream cheese for every 1 cup required in your recipe.

Not everyone is a fan of mayonnaise, but if you are a fan, you can use this as a 1:1 replacement for sour cream in any kind of recipe…including baked goods! Don’t worry.

The flavor will melt off, and you’ll only be left with additional moisture.

This fatty substitute is a lot milder than sour cream. However, if you’re using it as a replacement, you can swap it for whatever the recipe calls for. 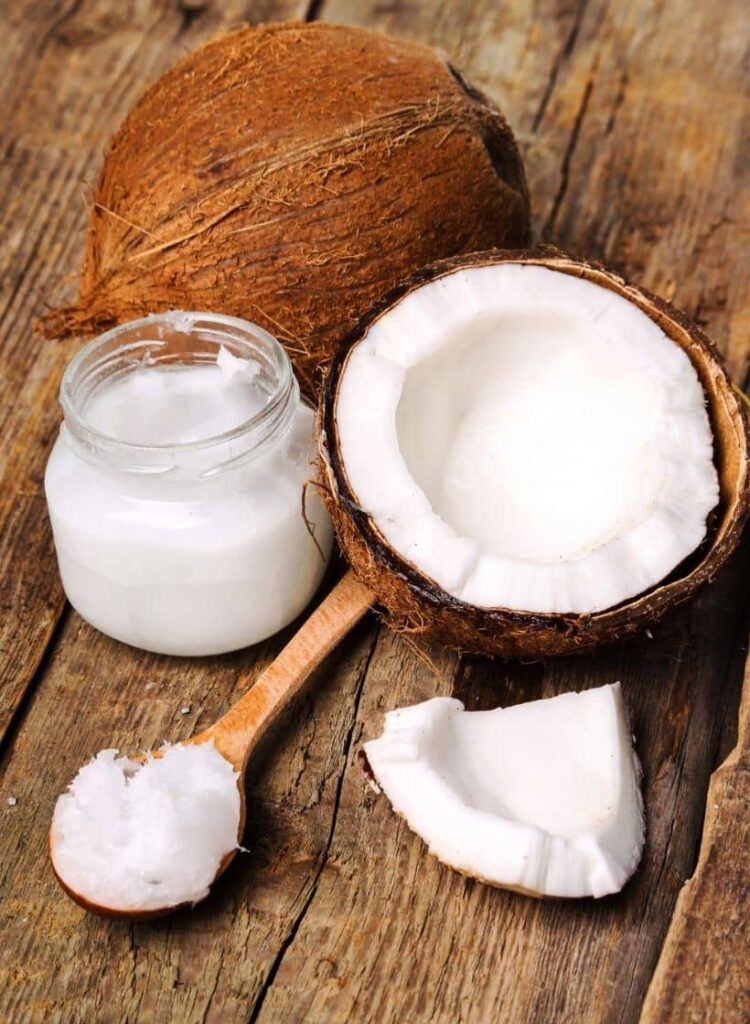 If you’re looking for a vegan alternative, coconut milk is a great option. Just add a tablespoon of lemon juice to every cup of coconut milk to achieve the same kind of acidity you’d find in sour cream.

Because of the coconut flavor, coconut milk makes for an excellent substitute for sour cream in baking.

Like mayo, cottage cheese is certainly an acquired taste. However, like everything else on this list, it makes for an excellent alternative to sour cream, whether you’re baking or cooking.

Blend 4 tablespoons of lemon juice, and you’re ready to use. Another benefit of cottage cheese is that it’s low in calories, making for a healthier alternative to sour cream.

Ah yes: DIY. We live in a do-it-yourself age, and as it turns out, sour cream is no different.

To create your sour cream, combine 6 ounces of room-temperature cream cheese with two tablespoons of either milk, water, or buttermilk. Blend until well mixed.

Chances are, you probably never heard of Kefir. You already know it makes for a great sour cream substitute if you have one.

If not, then you need to know what Kefir is. Kefir is a type of drink made from fermented milk from either a goat or cow. Since sour cream is made from the same thing, this makes a great 1:1 substitute in any kind of recipe.

As one of my favorite ingredients on this list, Mexican crema is the perfect way to elevate your next Taco Tuesday.

Mexican crema has a similar consistency to sour cream, although it’s a little thicker and tangier. Everything tastes great, especially when paired with nachos, tacos, and quesadillas.

While we briefly covered this already with coconut milk, there are a lot of substitutes out there that come in handy with a dairy-free or vegan lifestyle.

If you’re looking for a dairy-free sour cream substitute, we recommend either coconut milk or coconut cream.

While the coconut milk will have to be thickened up, coconut cream (the layer of cream in a can of coconut milk) can be bought and used as a substitute in a recipe or as a garnish when mixed with one tablespoon of lemon juice.

Another dairy-free alternative is cashew cream. To make cashew cream, soak a cup of cashews in warm water for four hours, drain, then blend until smooth. Toss in water, salt, and lemon juice to reach a consistency similar to sour cream.

If you’re looking for a vegan sour cream substitute, you can, of course, still use the coconut milk/cream or cashews mentioned above, or you can opt for soy.

Fortunately, soy can be used as a 1:1 replacement for sour cream and in cooked dishes and baked goods. All you have to do to make this vegan alternative is blend tofu with lemon juice, salt, and apple cider vinegar. 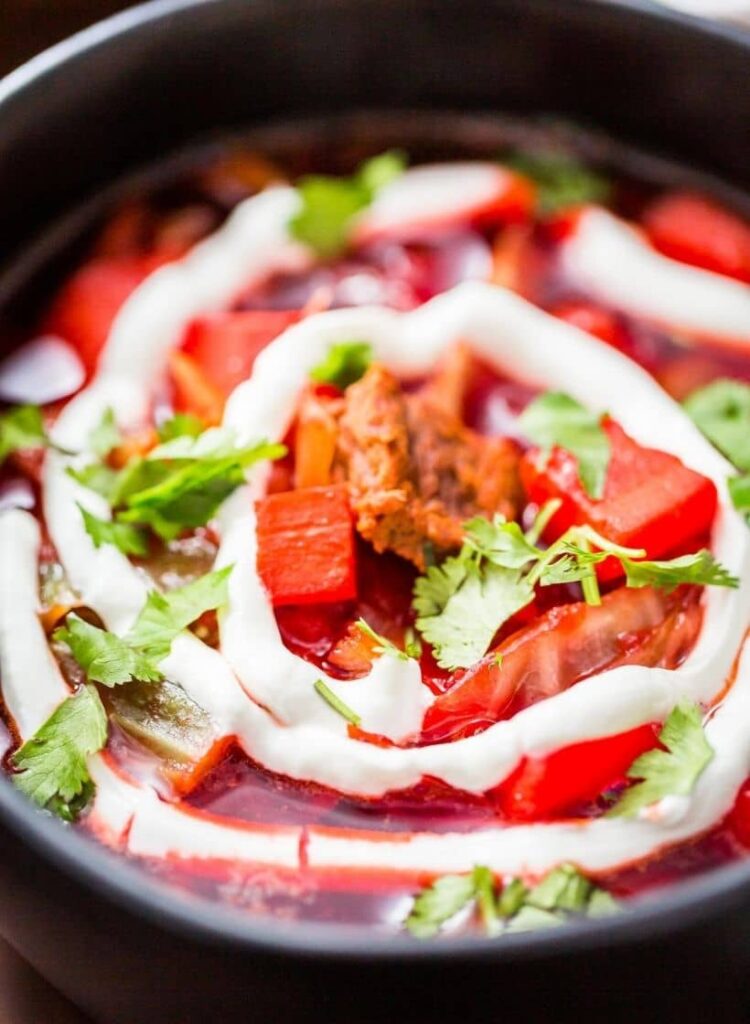 What is a Healthy Alternative to Sour Cream?

If you’re living a healthy lifestyle, you may be wondering, “What can I substitute for sour cream?” After all, sour cream is a fatty product high in calories, so it’s understandable why someone would want to opt for a healthier alternative.

As mentioned above, one of the best healthy substitutes for sour cream is cottage cheese.

Even though it’s lumpy, it has a similar taste and texture when blended with lemon juice or white wine vinegar.

If you are using cottage cheese, though, opt for a low-sodium version to make it as healthy as possible. Traditional sour cream has about 65 calories, whereas, when made with cottage cheese, it only has 25.

How to Make Homemade Sour Cream for Recipes

If you’ve been asking what is a substitute for sour cream, we hope this list provided some inspiration. But, speaking of inspiration, how can you make your sour cream for tonight’s dinner?

All you need are two ingredients: heavy cream and lemon juice. You can swap it out for whipping cream if you don’t have heavy cream. Or, if you prefer a non-dairy option, you can use coconut milk instead. 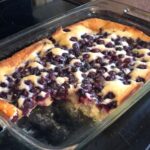 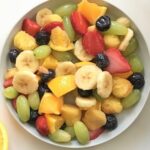 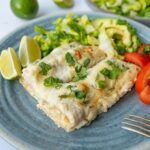