The 15 Best Substitutes for Heavy Cream

There’s nothing worse than getting ready to make a meal only to discover that you forgot to buy heavy cream.

Heavy cream is a staple in many meals, including pasta, biscuits, and various unique and flavorful desserts.

Fortunately, if you’re looking for a substitute for heavy cream, you can turn to a lot of different ingredients you probably already have in your kitchen cabinets.

Heavy cream usually is what makes a meal. It not only contains important fat-soluble vitamins that protect your cell walls and calcium absorption, but it’s also chock full of flavor. 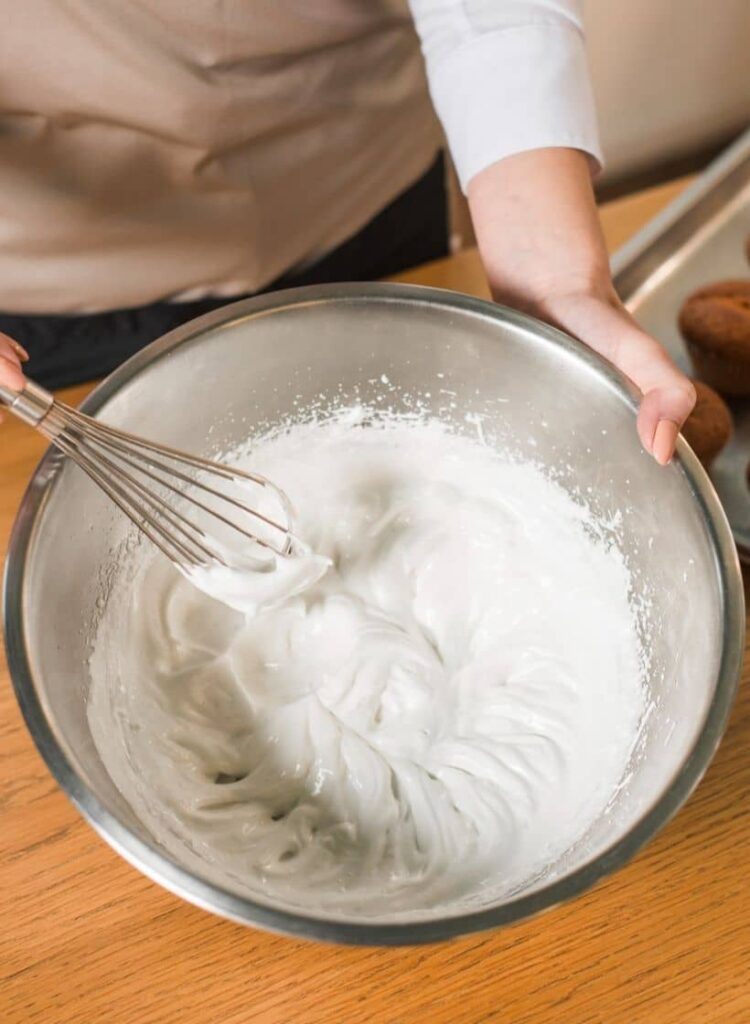 When asked about what heavy cream tastes like, most people agree that it tastes very rich and creamy. Best of all, heavy cream is a pretty versatile ingredient that can be customized to be as sweet as you want.

This is what makes it the perfect ingredient for homemade whipped cream on your freshly baked pie (yum!)

Whether you’re making a meal for dinner or baking something for your child’s upcoming school bake sale, here are 15 of the best substitutes for heavy cream.

Heavy cream is a type of milk fat that rests on the top of unhomogenized milk. UNhomogenized milk is milk that hasn’t undergone the homogenizing process yet.

This process includes breaking up the milk’s fat particles, which are dispersed through the milk evenly.

Heavy cream typically only contains 36 to 40 percent fat, so it’s typically a lot creamier than traditional milk since it has more fat particles. 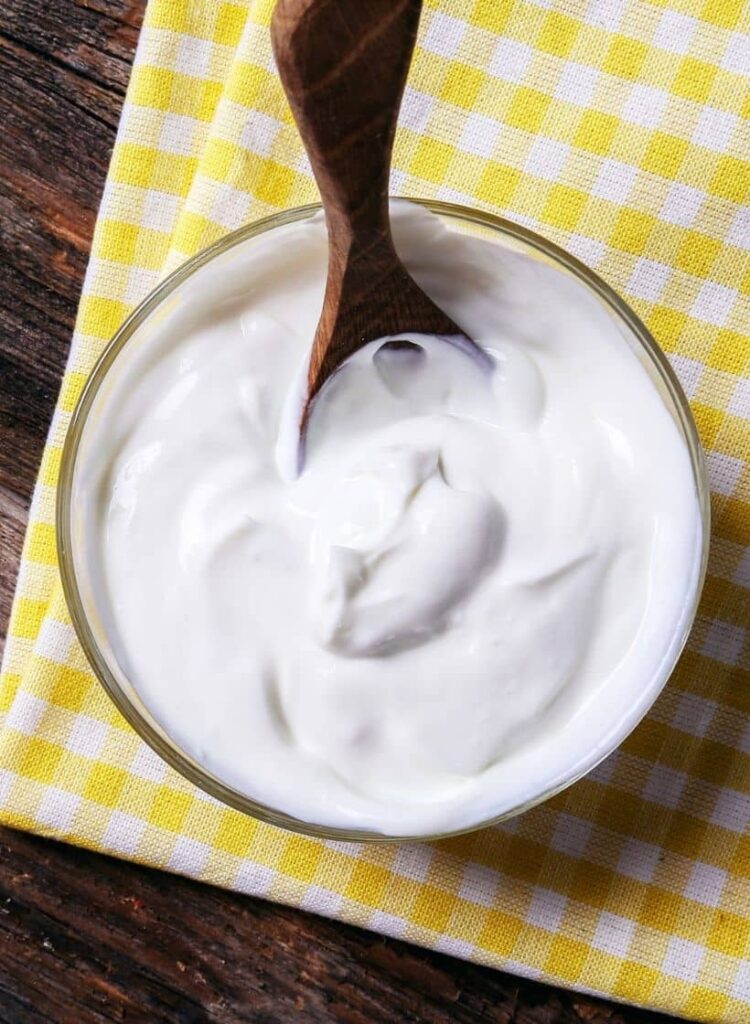 2. What is Heavy Cream Used For?

As mentioned above, heavy cream is used as an ingredient in a lot of sauces for traditional recipes, as well as baked goods.

Heavy cream is often used to help thicken up soups and sauces. This is because, unlike half and half, heavy cream won’t curdle (the act of a liquid separating into clumps) when it’s boiled.

The reason why heavy cream is used in many baked goods is that, like icing, it can easily be used through a piping bag, making it ideal for whipped cream on pies, cakes, and even coffee.

3. What is a Heavy Cream Substitute?

Like Greek yogurt, cream cheese is another solid alternative to heavy cream due to its texture.

Swap the heavy cream you need for the same amount of cream cheese.

Even though the consistency will be similar, it’s recommended that you only use cream cheese as a substitute in soups and sauces instead of desserts. 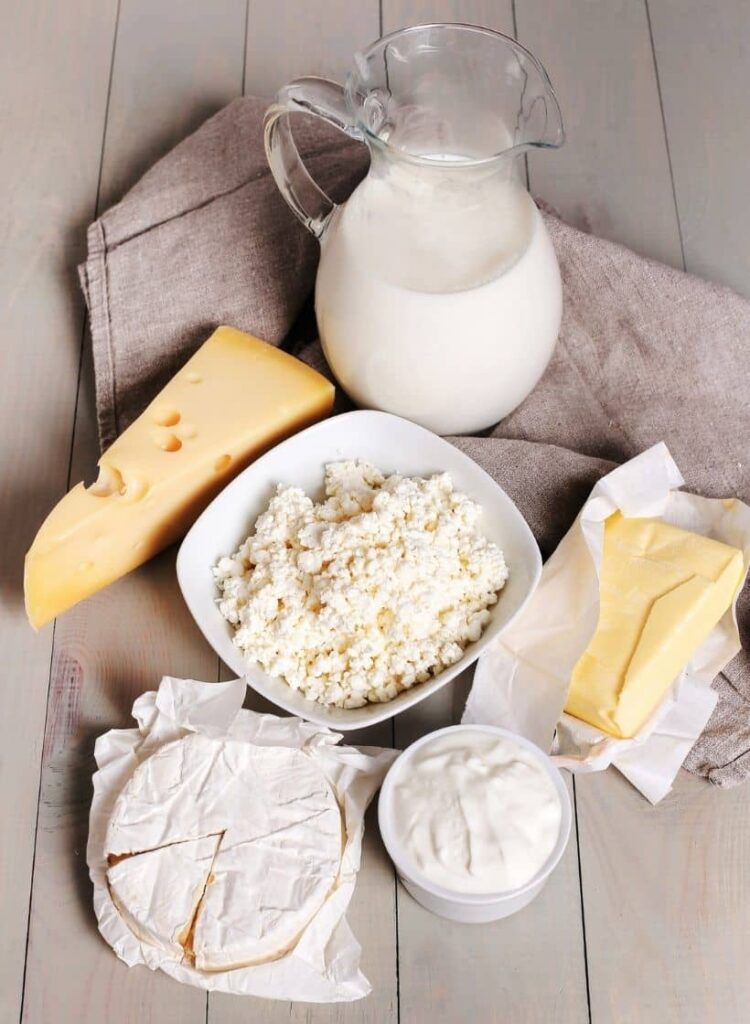 This recipe is one of the best because it works in most recipes you’d normally use heavy cream for.

Combine ¾ cup of milk and ¼ cup of melted butter to make one cup of heavy cream. If you want to thicken this up a bit, add a tablespoon of flour.

If lactose-intolerant, you can make heavy cream by omitting lactose entirely.

Combine ⅓ cup of olive oil and ⅔ cup of soy milk. Because of the ingredients, however, this heavy cream alternative should only be used in cooking, not as a whipped topping for baked goods.

Coconut cream is naturally high in fat and very creamy, so it’s the perfect addition to your soup mix.

Let the bottle sit in the fridge overnight to use coconut cream as an alternative to heavy cream. In the morning, pour out all the liquid and use whatever hard bits are left as your heavy cream substitute. 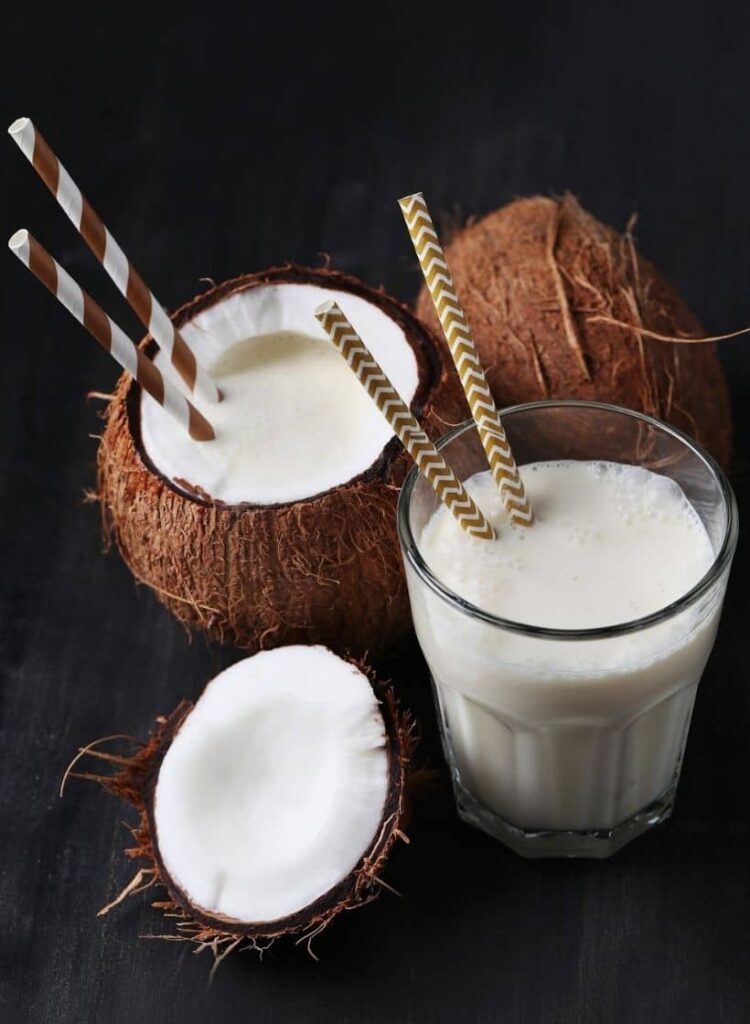 Evaporated milk is a type of milk that has been heated to remove 60% of its water content. Because of this, it’s usually a lot thicker than traditional milk.

This is why it’s the perfect substitute for heavy cream because you can still get that similar thickness.

just swap out one cup of heavy cream for one cup of evaporated milk to keep your recipe the same.

The combination of half-and-half and butter is a great alternative to heavy cream in both soups and sauces.

Mix ⅛ cup of butter with ⅞ cup of half-and-half to achieve the same level of thickness.

Silken tofu is chock-full of important nutrients like fiber and magnesium. It also helps with inflammation. 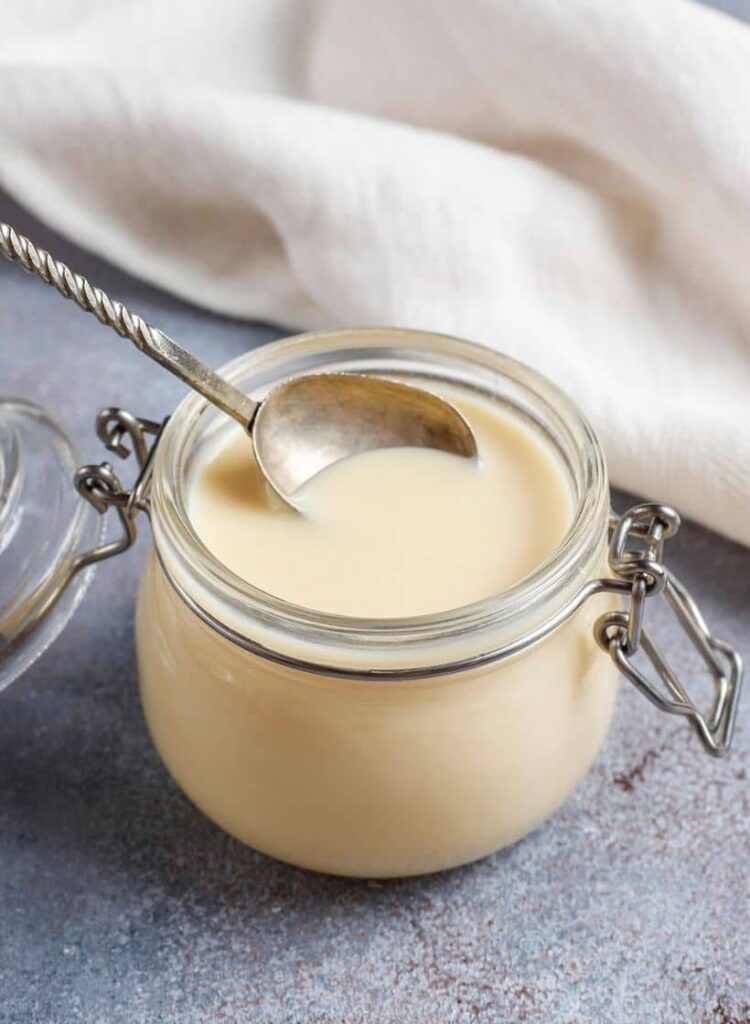 Greek yogurt already has a pretty thick consistency, which is why it works well as an alternative to heavy cream.

Replace however much you were going to use of the heavy cream with equal parts whole milk and Greek yogurt to reach the same level of consistency. Just be sure to use plain Greek yogurt and not something flavored.

Cornstarch is a common thickener. Add two tablespoons of cornstarch to every one cup of milk to reach the desired consistency.

This recipe works with either whole or skim milk.

Because of how lumpy cottage cheese is, it may not be the first ingredient you think of as an alternative to heavy cream.

However, it can certainly be used in a pinch if you need it. Blend ½ cup of cottage cheese and ½ cup of milk and stir well until all the lumps are removed.

4. What is a Vegan Heavy Cream Substitute?

A vegan replacement for heavy cream features ingredients that aren’t made from animal products. The most common vegan heavy cream substitutes are:

This is a common heavy cream substitute due to its thickness. To make cashew cream, soak ¾ cups of cashews, add ¼ cup of water and salt.

Believe it or not, white beans make the perfect texture to mimic heavy cream.

Cook your beans and add to your blender. Keep adding water until the beans reach a thin consistency. This is perfect for savory dishes.

This onion-based cream is perfect for soups and pasta sauces where you want to get an extra dollop of flavor.

Coat your onion in oil and put it in the oven for 45 minutes. Once cooked and cooled, put it in the blender and add some oil, salt, and lemon juice.

Rice probably isn’t the first thing you think of when it comes to getting a smooth, creamed texture, but it’s easily achievable once you throw it in the blender.

Cook one cup of rice in vegetable broth (or chicken broth if you don’t have any) and toss into the blender; keep adding milk until you reach the desired consistency.

All you need to make this heavy cream substitute is a cup of non-dairy milk and two tablespoons of cornstarch.

The cornstarch will automatically thicken your cup of non-dairy milk, making it one of the easiest vegan substitutes for heavy cream on this list. 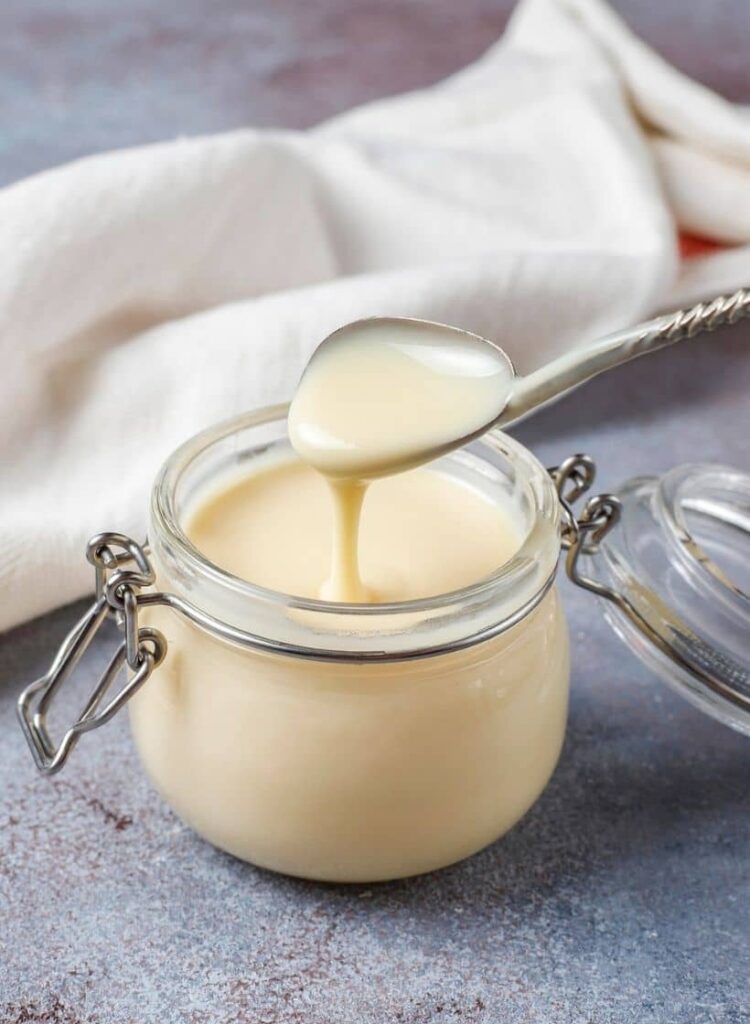 5. Are Heavy Cream and Whipping Cream the Same?

A common question people have is whether heavy cream and whipping cream are the same thing – and the answer is no….but they are similar.

As mentioned earlier, heavy cream has more fat particles than homogenized milk. However, whipping cream is the richest type of cream available on the market.

It contains between 30 and 36 percent fat, which is the minimum fat content you need to successfully whip it and use it topping. Because of this, whipping cream is traditionally used for baked goods more often than heavy cream.

Furthermore, it’s usually a lot lighter than heavy cream. Think of any time you added whipped cream on top of your pumpkin pie. It lasted a long time. Whipping cream is the reason why.

If you’re looking for a substitute for heavy whipping cream, you could make your own by melting a ¼ cup of unsalted butter and mixing in ¾ cup of either half-and-half or whole milk.

Another substitute for heavy whipping cream is to beat an egg and banana together until it reaches a creamy consistency.

6. What is the Difference Between Heavy Cream and Half and Half?

Half-and-half is made from equal parts of cream and whole milk.

If you’ve ever put half-and-half in your morning coffee, you’ve most likely noticed that it has a thicker, sweeter consistency and flavor than traditional milk.

If you’re asking, “What can I substitute for heavy cream,” we hope this list helped provide some quality answers. 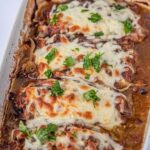 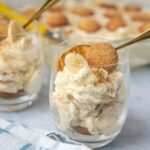