How Long to Smoke a Brisket

Have you ever gone to Google to find out how long to smoke a brisket?

In most cases, smoking brisket takes anywhere from 30 minutes to an hour per pound on a grill set to 250 degrees Fahrenheit. Depending on the size of your brisket, you may need to carve out at least a day to smoke it fully.

As such, going over how long you need to smoke a brisket is important to plan your day and how much time you’ll need to fully prepare for a special get-together. 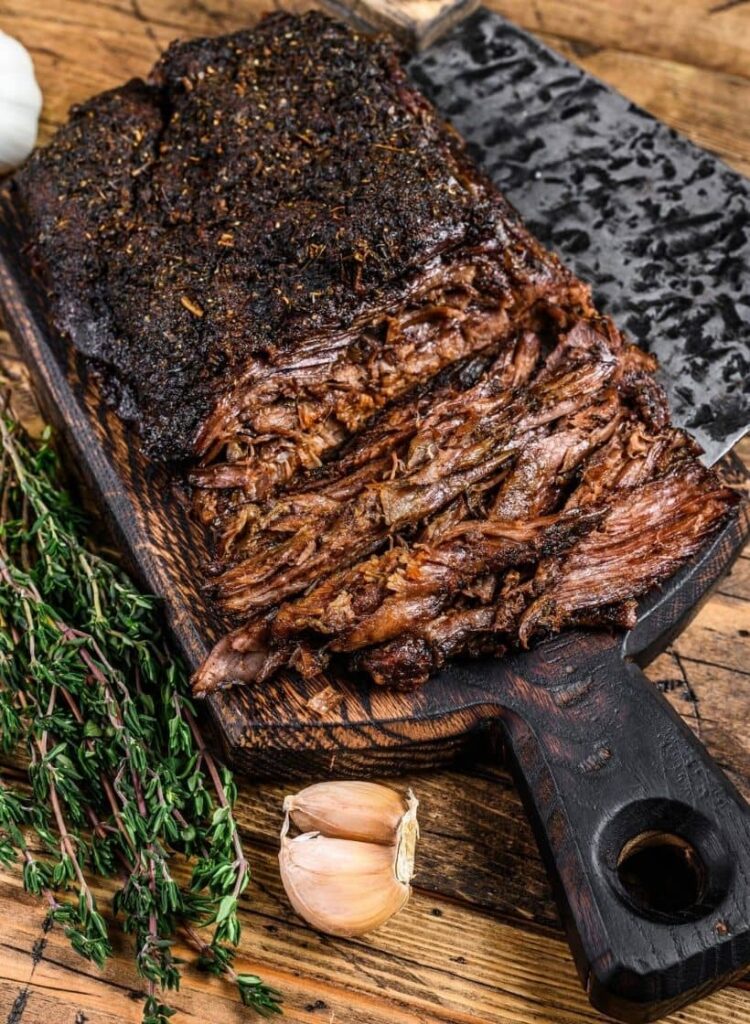 When it comes to smoking brisket, it isn’t as simple as just popping it in the smoker.

The brisket needs to be trimmed, then seasoned. In some cases, it may even need to be injected with different marinades made up of brown sugar, beef broth, and whiskey for an even more flavorful bite (is that even possible!?)

All of this increases your prep and cooking time.

Whether you’re serving brisket as is or chopping it up to serve as a sandwich, there are countless beef brisket recipes for you to sink your teeth into. But first – let’s go over everything you need to know about smoking a brisket per pound.

How Long to Smoke a Brisket Per Pound?

How long does it take to smoke a brisket? That’s the age-old question, and the answer is: it depends on its size.

Here’s how long you should smoke a brisket for depending on how large it is: 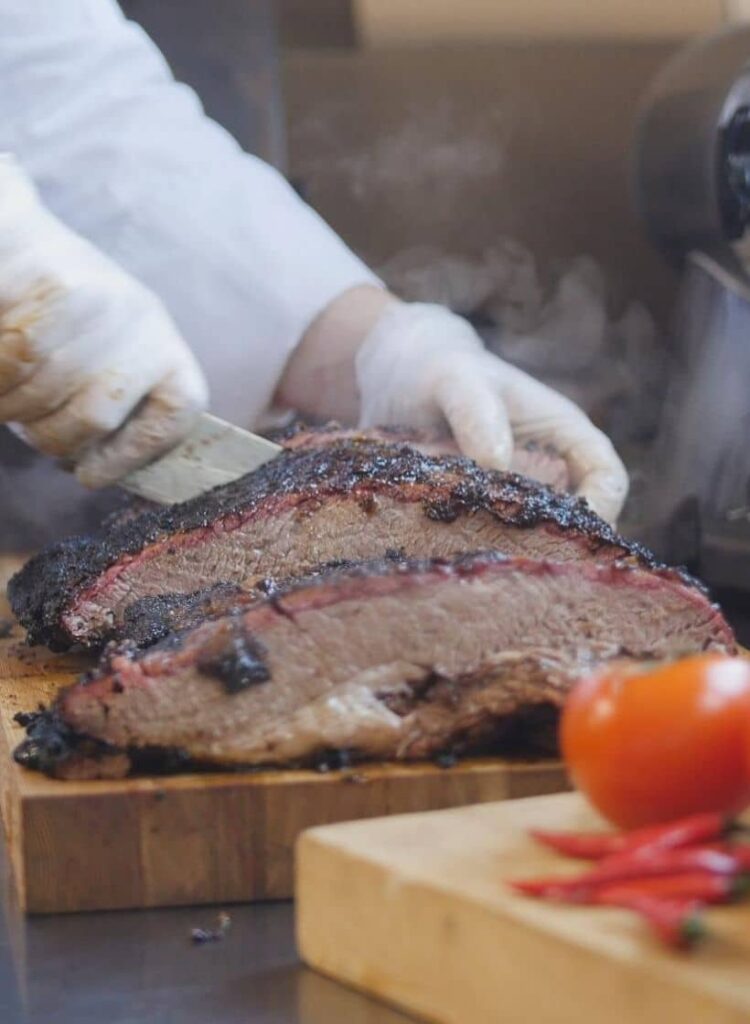 The general rule of thumb is to determine your ideal cooking time when it comes to brisket.

Each slab of meat could require more or less time, depending on how thick it is.

Furthermore, it’ll depend on how tender you want it. In most cases, the longer you smoke it, the more tender the meat will be and the easier it’ll fall off the bone.

How Many Hours Per Pound to Smoke a Brisket?

As noted above, the cooking time for smoking brisket could vary from as little as 30 minutes all the way to 20 hours, depending on the size of the meat and the temperature you cook it at.

While many experts agree that 225 F is the optimal setting for smoking brisket on the grill, you could smoke 1.5 pounds of brisket for as little as 30-45 minutes if you cook it at 300 degrees F. It’ll depend on your preference.

How Long to Cook a Small Brisket?

The smaller the brisket, the less time it’ll take to cook. To determine how long it’ll take you to cook a small brisket, use the “hours-per pound” rule.

In other words, your brisket will need to cook one hour per pound it weighs. So, if your small brisket only weighs a pound, it’ll usually be ready to eat in about an hour.

This brisket smoke time rule applies to cuts less than a pound; just reduce the cooking time per how much fat you trim off your brisket.

Should You Cook Brisket With Fat Side Up or Down?

One of the most commonly asked questions about smoked brisket is whether it should be cooked with the fatty side up or down.

As a general rule of thumb, any parts of the brisket that are closest to the source of heat get cooked faster. However, this ultimately depends on the type of cooking method you choose to use.

If your source of heat is located directly beneath your brisket, turning the fatty side down will help protect it from drying out.

On the other hand, if you’re using an offset smoker – a type of smoker typically used for barbeque as it heats “low and slow” – you’ll want to cook with the fat side up but flip it over, so one side doesn’t get more burnt than the other.

In most cases, you’ll want to flip your brisket at least once while it cooks. However, it’s safe to smoke with the fat side down the majority of the time.

How to Smoke a Brisket on a Pellet Grill?

Knowing how to smoke a brisket on a pellet grill is essential for anyone who loves to grill or barbeque. A pellet grill allows you to inject your brisket with additional flavors such as maple or apple.

To safely and effectively smoke a brisket on a pellet grill, set the temperature to 225 degrees F and preheat for 15 minutes.

Then, place the brisket on the grill with the fat side down. The cooking time will vary depending on your slab of meat, but let’s say you’re cooking 6 lbs of brisket; you’ll want to cook for at least six hours or until the internal temperature reaches 160 degrees F.

Once the meat has been cooked, wrap it in a doubled layer of aluminum foil and place it back on the grill until it reaches an internal temperature of 200 F.

This should take about an hour. Remove from the grill and let rest for an hour. 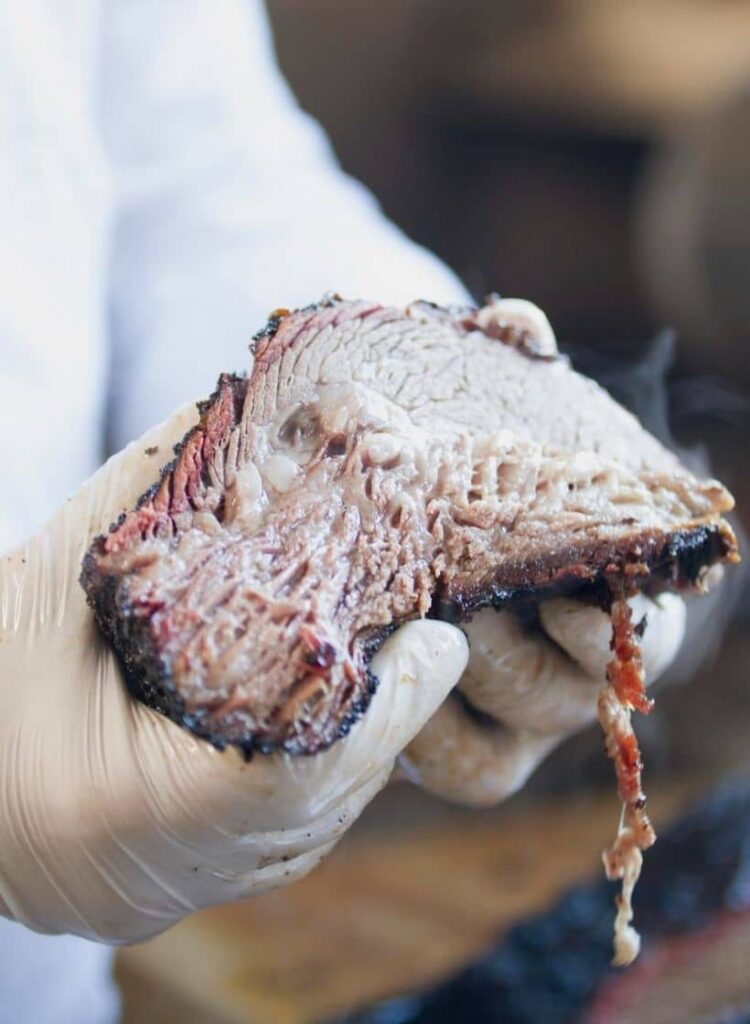 How Do You Know When the Brisket is Done?

The easiest way to determine when the brisket is done is by measuring its internal temperature.

Anything from 200-210 F is an ideal internal temperature. You can, of course, measure this with a meat thermometer which is available at home stores or online.

If you don’t have a meat thermometer, you can use a fork to determine if it is fully cooked. Slide the fork into the brisket; if it quickly falls off the bone with the fork, then it’s fully cooked and ready to serve.

A smoked brisket recipe is what’s for dinner, but do you have the tools you need in order to accomplish it?

Most smoked brisket recipes include a pellet grill, but you need not worry if you don’t own one.

There are plenty of other methods you can use to cook a tasty brisket, such as in your oven or in a stainless steel pan on the stovetop.

Regardless of the heating method, you select, here are some important tools you’ll need to smoke brisket:

Of course, you can feel free to add additional tools to make this process easier, but these are the essentials you’ll need to smoke a brisket from start to finish.

How to Smoke a Brisket?

Smoking brisket temp and time will vary depending on how small or big your cut of meat is. However, despite this, the process of smoking a brisket remains relatively the same.

Before you add your brisket to the smoker, you’ll first want to trim it. With your boning knife, cut off the areas of fat that won’t render – or melt away during the cooking process.

Next, you’ll want to season it. This is where you get to really be creative! Traditional brisket rubs involve salt, pepper, and garlic, but you can add any type of seasoning or marinade you prefer.

Once you’ve got your brisket the way you want it, it’s time to turn up the heat! Set your grill to 225 – 250 degrees F depending on how quickly you’d like your fat to render.

After it’s been on the grill for the recommended amount of time, grab your meat thermometer to check the internal temperature.

Once fully cooked, take it off the grill and let it rest. This step is vital to keeping your brisket juicy.

A brisket recipe requires the right precision and execution. Luckily, you’re in the right place because we have just the helpful tips to make that happen:

With these tips, you’ll be on your way to making the tastiest brisket ever! 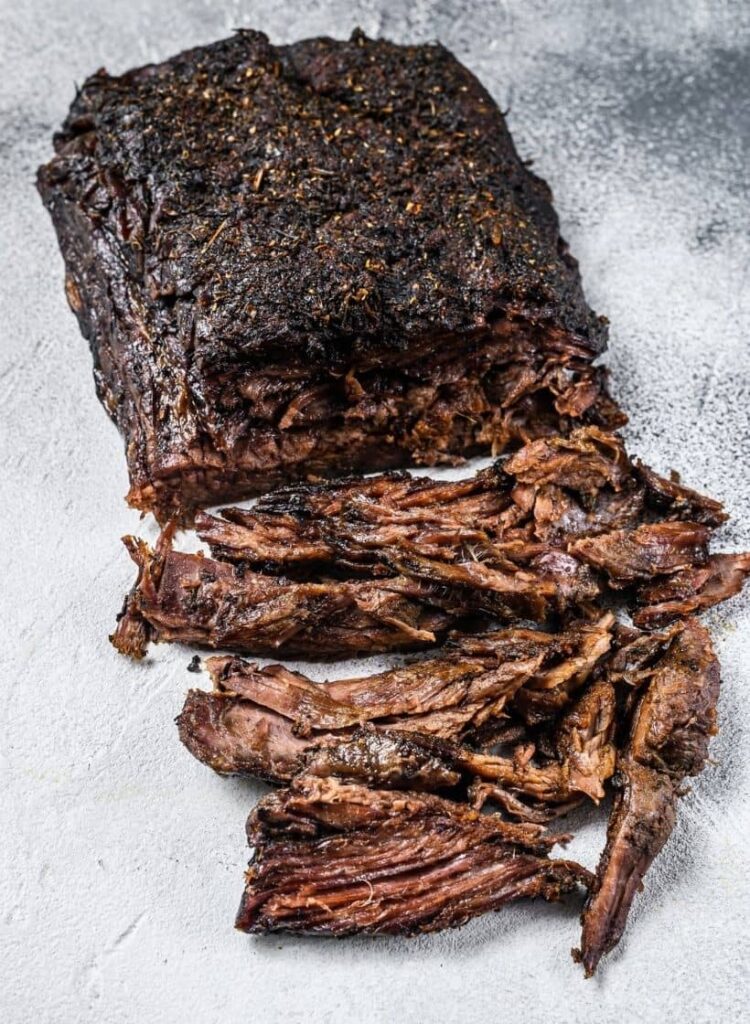 How to Reheat Brisket

Like a lot of other types of meat, one common fear is that it will dry out if you attempt to reheat it. Fortunately, there’s a way to do this so it doesn’t dry out and lose its juices.

To reheat your leftover brisket, preheat your oven to 325 degrees F. While your oven is preheating, leave your brisket on a baking sheet for about 25 minutes so it reaches room temperature.

This makes it easier to reheat. Drizzle some beef broth over your brisket to inject a little more moisture that has probably dried out from the previous batch.

Next, cover in a double layer of aluminum foil and bake it anywhere from 20 minutes to an hour. If the brisket was already cut, bake it for 20 minutes. If you’re reheating a whole brisket, keep it in the oven for an hour.

When you hear the term “brisket,” you immediately think of Texas. It’s IMPOSSIBLE not to.

Brisket and all types of delicious barbeque have become synonymous with the Lonestar state. As such, we have the perfect recipe for you to make for dinner.

The secret ingredient that gives the brisket a little kick is a ¼ cup of chili powder. If you don’t have this, you can swap it out for some extra paprika.

225 degrees F is the optimal cooking temperature for brisket. However, the length it’ll take to cook it will depend on its size.

Smoking brisket at 250 is fine, but 225 is the best temp to smoke a brisket. Doing this helps to keep the juices.

However, cooking times may be slightly reduced if you choose to smoke brisket at 250 degrees F.

How Long to Smoke a Brisket Flat?

A brisket flat is one that has the fatty part of the brisket removed so it’s a lot leaner. If you’re using a pellet grill, it’ll take about 6 hours to smoke a brisket flat if cooked at 225 degrees.

How Long to Cook Brisket in Smoker?

How Long do You Smoke a 5-Pound Brisket?

What temp to smoke brisket that weighs five pounds? A five-pound brisket will take approximately 5-7 hours to cook at 225 F. 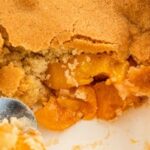 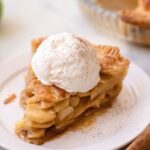 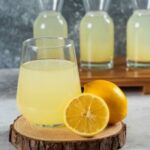