If you love cheese and potatoes (I mean who does not!), then you are going to love this Cracker Barrel hash brown Casserole. It’s so cheesy and tasty that it makes the most amazing comfort food ever and the best part about it?

Well, You can make it yourself at home and in less time! It makes a great side dish for big gatherings or a quiet night in the family.

The dish completes itself and all you would need is a simple salad to accompany it. It also makes a great vegetarian option. It’s cheesy and gooey on top and as you pierce through that golden layer, comes the crunchiness of all those shredded potatoes.

This Hash brown casserole is one of the easiest and quickest dishes that you will ever make. You can even make it in one bowl and let’s be honest. who does not want to save time on the washing?

What’s better than some fresh Hash brown casserole straight out of the oven? Well, leftovers of course! You might think that storing this casserole might not be a good idea however it makes a great accompanying dish with your eggs for breakfast the next morning!

Simply toss the leftovers in an airtight container and you can store it up to a week in the fridge. To reheat, simply microwave it by placing a damp kitchen towel on top or by sprinkling a few drops of water on top!

HOW TO FREEZE HASHBROWN CASSEROLE?

This hash brown casserole is as easy to freeze as it is to make it. Just toss it in the freezer, preferably in an oven baking tray. You can then just bake it from frozen for those busy weekdays when you do not want to spend hours sweating in the kitchen. 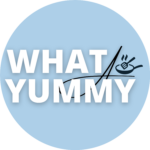 We love creating delicious nourishing food that anyone can enjoy, If you love simple and tasty recipes that make you feel great, you are in the right place. 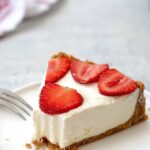